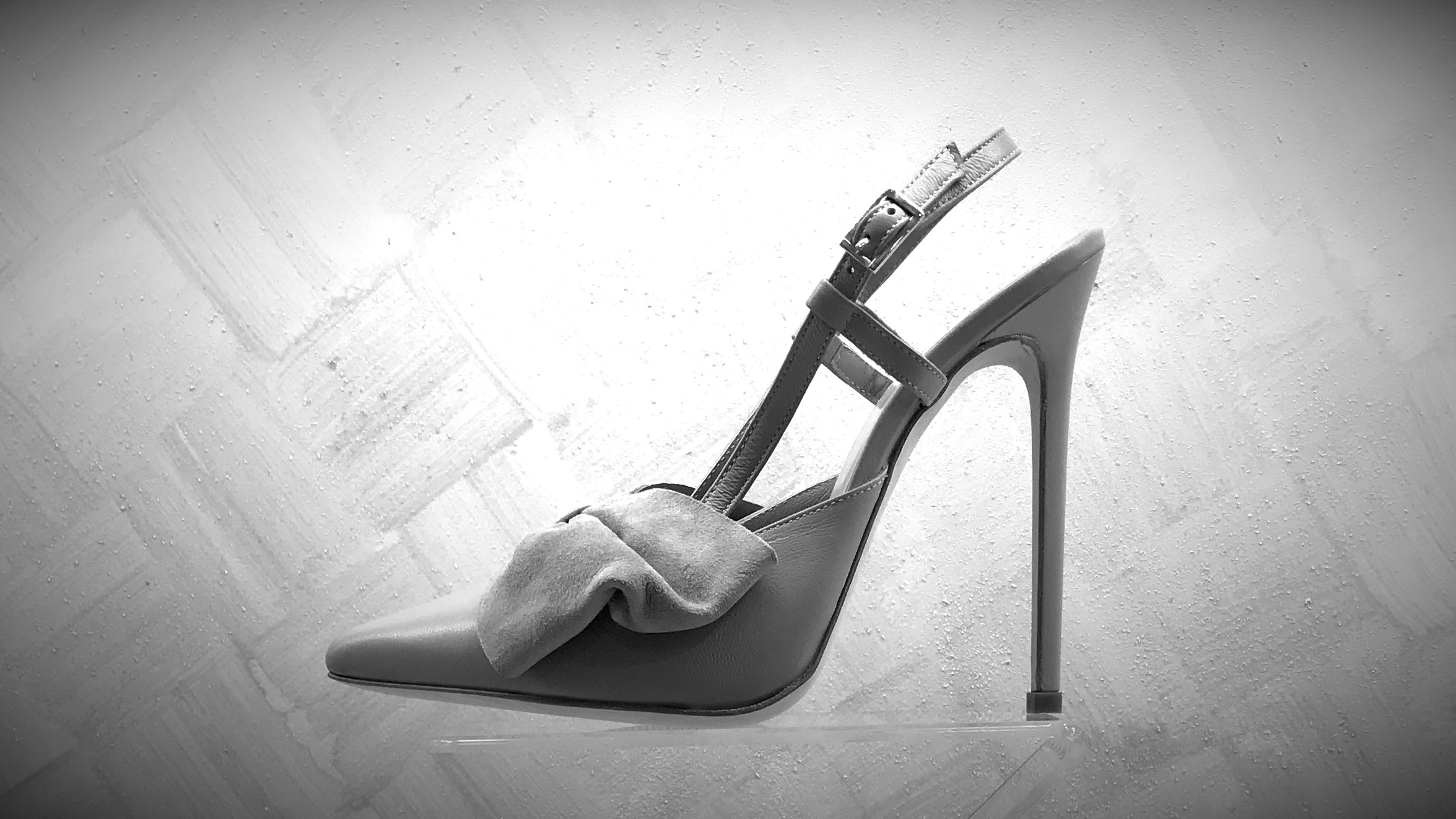 Posted at 08:23h in Fashion by Aldo Spinelli 0 Comments
0 Likes

Also this year, Spinelli Footwear participates in the magic of High Fashion, contributing to the beautiful couture creations of Camillo Bona Haute Couture – Rome in the framework of the events organized by Altaroma.

And’ Silvana Mangano, portrayed by the model Aurora Vannini, the muse of the new collection of Camillo Bona couturier roman which closes the first day of Altaroma with a show at the Guido Reni District. On the stage, 30 pieces, in neutral tones, ranging from white, almond or grey, from cream to black and in light fabrics and sophisticated, like silk, organza, lace and linen.

Embroidery is one of the budellini of fabric, horse of battle of the maison, which make skirts and duster coats, often made sensual by inlays of lace and lace-making. The pants are constructed with panels that form two-tone stripes, or with contrasts of shiny fabrics-opaque, such as linen and silk, and transparencies of Death in Venice. Parade dress coat robe manteau and skirts with lengths refined under the knee, like in the movie the Mambo. The show opens with a tribute to the young star of ” Riso amaro: scene, played by Aurora Vannini, reminiscent of the famous rice-weeder of the film, joe De Santis, 1949.

Roberto Spinelli Footwear is synonymous of elegance and quality in Rome, and not only since 1967. Many collaborations with the world of the High roman Fashion: Roberto Capucci at Renato Balestra passing by Gattinoni and Sarli, up to now more than twenty years of collaboration with Camillo Bona. The shoes of Roberto Spinelli are famous for their lines and sophisticated, classic and elegant, can also be ordered for weddings and other ceremonies. Our shoes custom to meet the most varied demands and are a must have for the loyal customers, among which we can include characters from the world of entertainment, the highest offices of the State and political figures, the estimated professional and representatives of the roman nobility.